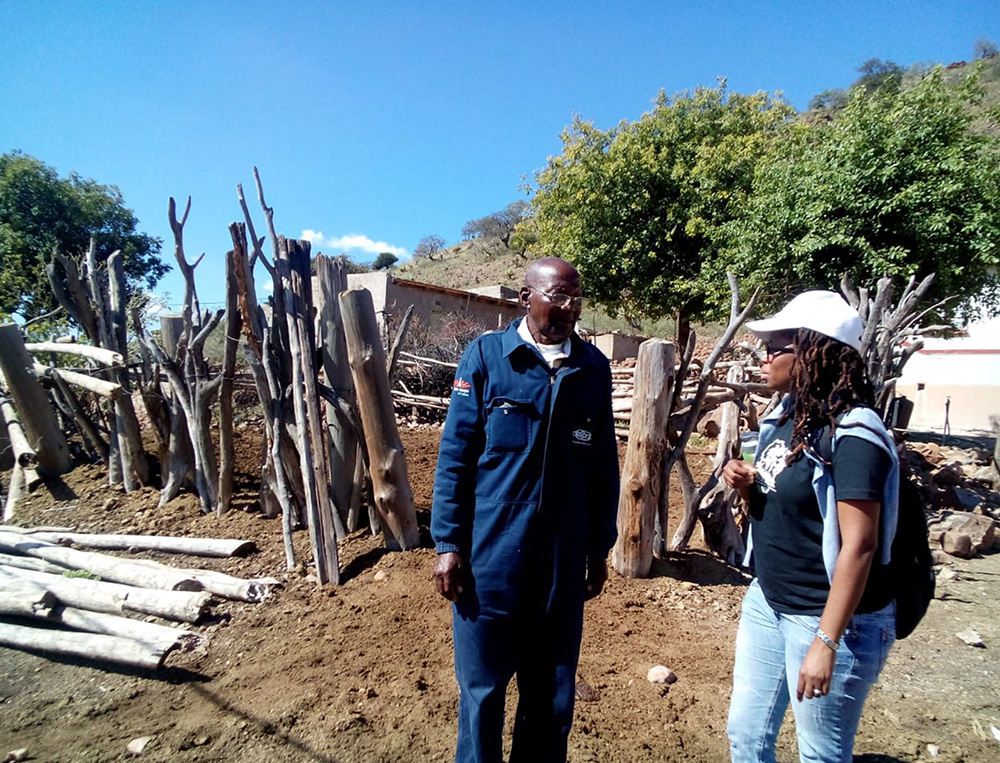 A network of activists across South and southern Africa, trained by the Bench Marks Foundation, to report on communities affected by mining

A central aspect of the Bench Marks Foundation work is supporting communities affected by mining across South Africa in their daily struggles and battles with mines and local government.

There are a myriad of challenges and problems faced by such communities, compounded by the Coronavirus Pandemic and associated issues.

At the heart of this work is the Community Monitoring School and associated network. The School is a strategic platform that focuses on a variety of activities, which includes monitoring and reporting, activist training and education, organisation building, and problem solving.

All these activities revolve around the problems experienced by communities. For example, the 2020 Community Activist Training Programme centres around key Covid-19 linked issues. Examples are food insecurity, poor access to water and the devastating impact of the opening of mines.

The foundation stone on which everything is built is monitoring and reporting. This constitutes the on the ground “eyes and ears” of the School, providing an important voice for the communities involved.

A broad network of community activists from 40 communities is involved stretching across Mpumalanga, Limpopo, North West Province and parts of Gauteng. The network of activists continuously monitor and document the problems experienced within their communities, along with associated struggles. A typical issue historically, for example, is the poisoning of cattle owned by members of the Maotsi community in Sekhukhune, Limpopo due to a stream of mining effluent the cattle were drinking.

The monitors do brief reports / articles following a specific structure. They post these on local WhatsApp Groups. Provincial Community Monitor Coordinators then consolidate the stories and post on the Bench Marks Action Voices Alerts WhatsApp Group. This then acts as a resource base to draw from for further posting on the Bench Marks website and social media platforms.

This network is part of a broader Southern African network entitled Tunatazama (we are watching), comprising a platform where mining affected communities in Southern Africa share their daily struggles. The countries involved are Angola, the DRC, Mozambique, Zambia, Zimbabwe and South Africa. Further information on the network can be found at www.communitymonitors.net

A publication of compiled stories is produced every two months.  ’On the ground journalism‘ is carried out by activists within the communities themselves, significantly contributing to community voice power and most importantly, the authentic voices of the community. Daily issues, challenges and indeed, victories of far flung communities are vividly illustrated and brought into the public arena. In this process, activists undergo training and are supported by a more experienced layer of activists and the Bench Marks office. An important part of this is learning investigative and analytical skills.

The story is then fully documented using a more comprehensive framework, which includes drawing the learnings and how the community participants themselves were empowered in the process.

This was the case with the ‘cattle story’ for example, where the main proponent was a young women activist who was squaring up to the might of Anglo American Platinum mine while working with community cattle owners who were largely older men.

The mine was finally pushed to make a concession even though they denied being the cause of the cattle’s death and paid compensation for each and agreed to contributing to the growing of Lucerne grass in one of the identified grazing fields. This was then documented by the activist concerned as a ‘’success story / story for change’’ and widely publicised.

The result has been a veritable flood of information from the front lines regarding the agonies, the fears and the struggles of families and communities. This information and the community voices involved is not only being documented and exposed to the public glare, but is also being used as an effective mechanism to hold mines and government to account, along with pressurising them to take responsibility for the catastrophic situation communities are now weathering.

While perhaps not following the rules, practices and training of mainstream media journalists, this arguably is journalism at its best, where the authentic voices of communities are expressed and injected into the elite bubble, without filtering and influence of the heavy hand of big capital. It is the journalism of our new movements, empowering the actors involved and with important contributions to the quest for social justice and an alternative world.

‘Race’ and class are big inequalities worldwide, which Covid 19 is exposing

Covid 19: Understanding the Politics of Disease and the Disease of Politics

The key is mobilisation even under the shadow of the pandemic

Virus: all that is solid melts into air

Pandemic in context of permanent crisis of neo-liberal capitalism