Get Rid of Old Presidents: World Economic Forum on Africa 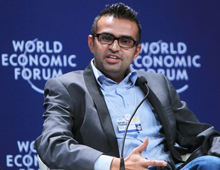 [intro]June is Youth Month in South Africa. It is a time when we honour the role young people played in turning the low level resistance against apartheid into an unstoppable confrontation. This week as the World Economic Forum on Africa meets in Cape Town we talk with two Young Global Leaders, a community of people who work within the WEF.[/intro]

Once my late friend Mike Overmeyer, former activist and exile turned journalist, approached me brimming with confidence. Given Mike’s persuasiveness and a meager freelance income I agreed to cover a major meeting of the World Economic Forum without having the slightest bit of interest nor skills to do it.

“I would like you to be on the media team for the World Economic Forum in Johannesburg” Mike announced. I did not tell him nor the esteemed people of the WEF that balancing my cheque account was a challenge and that excel was a foreign country.

But we did a brilliant job and we were paid handsomely. Things have changed since those days when middle class middle-aged (mostly white) men held elite gatherings around the world and nobody cared much. For one the WEF now has a group called the Young Global Leaders (YGL). They pose awkward questions and engage in Forum activities with passion and integrity.

The YGL are a community of people who boast significant achievements in their careers and they have also shown a willingness to serve society through their work.

The South African YGLs include Dave Duarte the founder of the Treeshake digital learning organisation. Duarte says he has turned his career from digital marketing to teaching people how to become part of the digital economy. An important question for this week’s WEF gathering according to him, is about ageing African presidents clinging tenaciously to power. 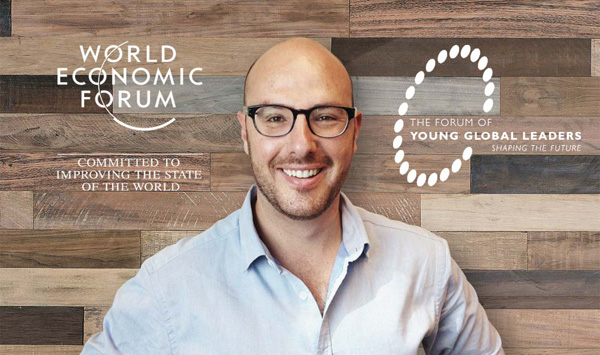 “The forum is about collaboration for societal impact. You have a lot of very powerful people coming together. As the YGL we make our presence felt and one of the key things is the state of leadership in Africa. Many presidents are ageing. We want to see more youngsters represented in these top leadership positions. We can’t solve our old problems with the old way of thinking,” he said.

The YGLs are asked to submit written questions to the Forum. One question they intend to pose reads:

“How do the leaders feel about the fact that most African presidents are old. Many almost 70 years on a continent that’s so complex. Complex problems require far more innovative younger leaders who have boundless energy. Do we trust young leadership or is it just nice to talk about the youth?”

But Dave Duarte was anxious to assert his aversion for ageism in general.

“It’s more about dealing with the prejudice of age and that can go both ways. Lots of times there’s a lot of wisdom and experience that we shouldn’t chuck out, flying the flag of innovation,” he said.

The World Economic Forum on Africa that kicks off this morning has an impressive agenda. Under the theme Then and Now: Reimagining Africa’s Future, it aims to mark a quarter century of being involved in change on our Continent. The Forum is convening regional and global leaders from business, government and civil society.

A recent trend at these global gatherings and one that that displays the influence of the youth, is the effect of social media. According to Duarte, at a meeting of the WEF in Abuja the trending hashtag around the girls kidnapped by the Boko Harm terrorists in Nigeria resulted in US $ 10-million being raised.

“This was directly though in Forum activities of the Young Global Leaders. Social media plays a democratising role at these gatherings,” he said.

Yesterday the YGL group met in the city ahead of today’s gathering to discuss how they could use the arts to help solve major social problems.

“Things like xenophobia, racism and income inequality… We feel that creative artists can have a huge impact on that. We are bringing together YGLs who are involved in fields ranging from publishing to banking to design and education to craft solutions. We are going to produce a manifesto as well as works of art and articles,” said Duarte who has been a YGL for about a year.

“We help people get over the fear of digital and develop digital skills. We have change on an industrial scale and the skills they need are not necessarily being taught at universities and schools. While we need formal education there is a whole informal learning sector that needs to evolve alongside that.”

The main issues on the agenda for the YGL at this week’s WEF on Africa will include skills development, education, rising income inequality, job creation and industrialisation.

“The impact of the Forum is not always about what’s formally discussed. There’s a lot of informal cultural shifting that happens,” said Duarte.

I asked him what was his defense for the accusation that these hugely expensive global gatherings happen year after year against a backdrop of people getting poorer and our problems increasing in intensity.

“What you have here is a group of leaders coming together to discuss issues of importance. I feel that’s a vastly superior solution to not coming together. It is knowledge sharing and the raising of priorities. Through the meeting of minds we become more aware of each other and sometimes that’s how you get real innovation.

“But the World Economic Forum and these meetings in particular – while they’re incredibly important – are only part of the solution. We’ve still got our governments and companies with a very important role to play. You leave these things and you are inspired and engaged to take on the world’s big challenges.

“So yes it’s a big expensive talk shop but I do believe it’s important for the exposure to new ideas and ideals.”

Another YGL is Hanneli Rupert, founder of the Okapi luxury brand. She says the biggest challenges facing the continent from a young person’s perspective include the threats to the environment, youth unemployment as well as the lack of education and skills.

“We are thinking around the merging of science, technology, engineering and mathematics with the creative industries to come up with new solutions. For instance in my business I use by products and waste materials. I make handbags from animals slaughtered for their meat or I use the springbok horn that I get from butcheries to make jewellery. Previously it would be thrown away. And, it’s a job creation project because things are hand made,” said Rupert. 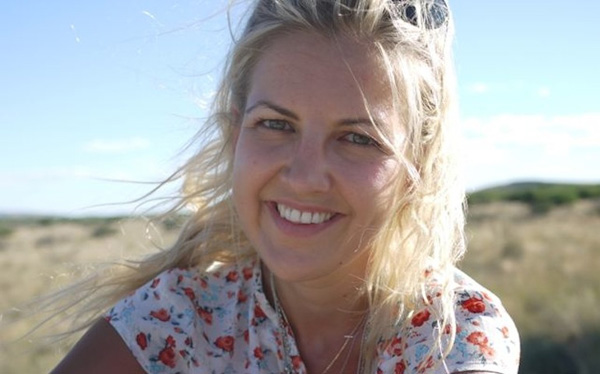 She said that she would like to see a stronger voice coming from the African YGLs.

“At the core of it all is the environment. But it is all inextricably linked. For instance if our water resources are not properly managed it will affect the wine industry, it will affect farming and tourism as well as just about every other industry,” she said.

This week marks the 25th World Economic Forum on Africa. The meeting will be held from Wednesday June 3rd to June Friday June 5th in Cape Town.

Over the past decade and a half, Africa has demonstrated a remarkable economic turnaround, growing two to three percentage points faster than global GDP. Regional growth is projected to remain stable above 5% in 2015, buoyed by rising foreign direct investment, particularly into the natural resources sector; increased public investment in infrastructure; and higher agricultural production.

With the world’s largest youth demographic, Africa’s working-age population is expected to double to 1 billion in the next 25 years, surpassing both China and India. The year 2015 is also significant for Africa, as it marks the end of global, regional and local efforts to meet the Millennium Development Goals aimed at eradicating poverty.

The 2015 Young Global Leaders selected from South Africa include: 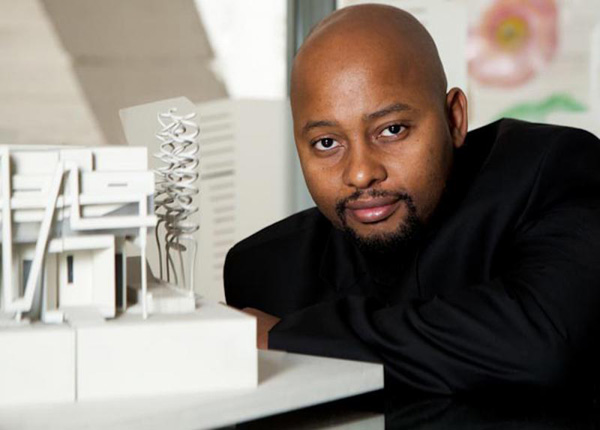 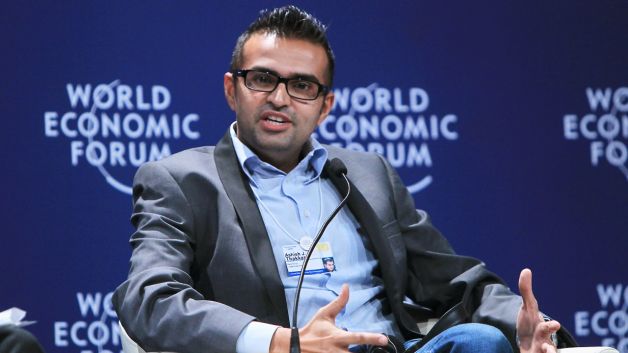 The international YGL group includes Ashish J Thakkar (33) who founded the Pan African conglomerate, the Mara Group, at the age of 15. He is Africa’s youngest billionaire and was listed in Fortune Magazine’s Top 40 Under 40 two years ago.

I guess the WEF has changed significantly since the days when I could bluff my clueless way onto the media team, undetected. 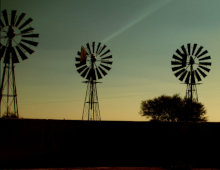 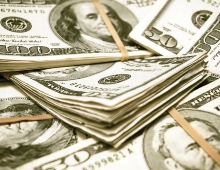 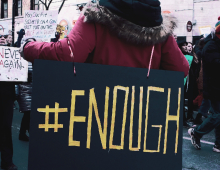 The miseducation of “Y”: Why the Gender Summit is critical 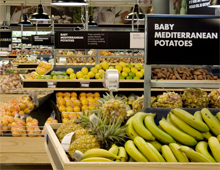