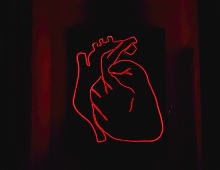 In all the current debates about the government’s National Health Insurance (NHI) plan there has been a two-fold narrative, which has dominated the public debate. On the one hand, those private vested interests opposed to the NHI are frightened by the prospects of an erosion of the private healthcare system. On the other hand, supporters who emphasise that we cannot continue to have a dual system of healthcare in which some 80% of people rely on an overburdened and under-resourced public health system.

After all the pressure from the vested interest lobby the 2019 NHI Bill sees the NHI as a system of financing which will not do away with the private healthcare system. Supporters of NHI in its current form feel that at least the NHI makes inroads into medical apartheid by making healthcare free at the point of service.

But there is a whole world of debate and reflection about health and healthcare which is hidden in the language and terminology used by both government and its many opponents that has not been the subject of debate on the NHI.  And in this shift in language lies a political project which reduces the possibility of making health equity a reality. This language shift can be seen in how the concept Primary Healthcare (PHC) has been reduced and in how we have shifted from Universal Healthcare to Universal Health Coverage (UHC).

In order to understand the significance of these shifts, we need to go back to the 1970s.

Primary healthcare was codified at the historic 1978 UN World Health Organisation Alma Ata Conference, in Kazakhstan (then part of the Soviet Union). The principles of PHC included universal access and equity; comprehensive care emphasising disease prevention and health promotion; community and individual participation in health policy, planning, and provision; intersectoral action on the social determinants of health (water, sanitation, housing etc); and appropriate technology and cost-effective use of available resources.

These principles were to inform health-care provision at all levels of the health system and the programmatic elements of PHC focused primarily on maternal and child health, communicable diseases, and local social and environmental issues. PHC emphasised community participation through a network of workers at all levels who would be trained both “socially and technically”.

Progressive governments and social movements across the world endorsed and celebrated Alma Ata’s vision of Primary Healthcare. The ANC was to embrace Alma Ata’s definition in all its policy conferences both before and after 1994. Ironically, even the Apartheid regime, seeking world acceptance, formally adopted Alma Ata (although it did nothing to carry out its prescriptions).

The 1978 Declaration of Alma Ata insisted that primary health care was unlikely to succeed without the establishment of a new international economic order based on ensuring the rights of states and peoples under “colonial domination” to restitution and full compensation for their exploitation and that of their resources; regulation of transnational corporations; preferential treatment for low-income and middle-income countries in areas of international economic cooperation; transfer of new technologies and an end to the waste of natural resources.

But since 1978 we have had the collapse of the Soviet Union and the triumph of neo-liberalism globally – with Margaret Thatcher coming to power in 1979 precisely to smash such ideas of public solidarity and universal welfare. This, in the case of healthcare, includes changing the meaning of terms such as primary healthcare and universal healthcare.

40 years after Alma Ata, the World Health Organisation’s Global Conference on primary health care met once again in Kazakhstan, at Astana in 2018. The Astana conference exemplified this politics of language. Here universal healthcare was concerned with improved access to quality health services and protection from financial risks associated with health care. At Astana, however Primary Healthcare was reduced to being a vehicle to achieve UHC.  And UHC was used for both Universal Healthcare and Universal Health Coverage. UHC, unlike primary healthcare, is silent on the social determinants of health and community participation.

Moreover, the term “coverage” rather than “care” in UHC either suggests a limited scope of care or is being used to suggest enrolment in an insurance scheme. For many developing countries this has meant operationalising universal health care through government-funded health insurance schemes. This is what the NHI has been reduced to in South Africa. The adverse implications are seen in countries such as India, where coverage by publicly-funded health insurance has neither been equitable nor led to financial protection.

The Declaration of Astana gives scant attention to the drivers of ill-health and inequity and there is no hint of the need for a new global economic order for the fullest attainment of health for all, despite stark social inequalities. The declaration avoids the challenge of what needs to happen from within the health sector to mitigate inequality: intersectoral action at local and policy levels, and strong advocacy from the health constituency for measures to reverse the processes leading to unsustainable inequalities and planetary destruction.

Instead, Astana calls for “partnership” with the private sector, notwithstanding the mounting evidence of the commercial determinants of ill-health such as alcohol, tobacco, ultra-processed foods, and industrial and automobile pollution.

Calling for “private sector regulation” by national public authorities to manage conflicts of interest fails to recognise that such authorities, especially in developing countries, are often unable or unwilling to regulate the private sector. The power of transnational corporations, the main vectors of the commercial determinants of health, transcends national boundaries and requires strong and decisive global action both by global civil society and international institutions. In 2018, for example, of the 100 entities with the highest annual revenues, 69 were corporations and 31 were governments.

The Declaration of Alma Ata of 1978, and the movement it inspired was aspirational and ambitious. By reducing primary healthcare to a cornerstone of universal healthcare, as opposed to an umbrella under which the latter resides, the Declaration of Astana confines the health sector to a much more restricted role. With unprecedented threats to population and planetary health, the Declaration of Astana should have been more honest, bolder, and an inspirational guide for those working under increasingly difficult conditions to make health equity a reality.

Replacing primary health care with universal health coverage is a one step forward two steps back approach to health policy.

This article draws on the work of David Sanders and Sulakshana Nandi – Co-Chairs of the People’s Health Movement Global.

South Africa in its twenty-five years of democracy is carrying 106 years of pain that dates back to the 1913 Land Act. To force male peasants from their settled family life and drive them into deep-level gold mines apartheid expropriated 87% of their land without compensation and legally compelled them to pay poll tax in […]

Luleka Mzuzu only found out about her type 2 diagnosis when she woke up in the hospital in 2015 after fainting on her way home from work. Luleka had no major warning until then – she thought she was simply a little stressed and overworked. The unexpected news of the serious diagnosis left her and […]

According to Mnwana, the benefits of mining for local communities on the platinum belt and the rural poor are minimal and often those who are customary land rights holders have no say over mining and other developments due to political structures that are still largely based on colonial and apartheid rule. His research, which he […]

The bok team that won the 2019 Rugby World Cup was a decidedly different team to the one that lifted the trophy in 1995, and also in 2007. The 2019 team has a black captain and the tries by two black players won the final for South Africa. This was a moment that the country […]