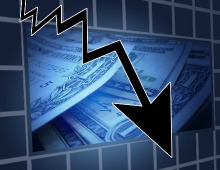 Most of us have heard of price-fixing, collusion and other such practices. We have some vague idea of what it is, but would not be able to give someone an explanation if they asked for one. Former banker, REDGE NKOSI breaks it down for us.

There are generally three (3) players in the currency market: The bank, the client of the bank and the Reserve Bank (regulator).

Banks do two things: They either trade for themselves – that is buying and selling currencies in the market to make a profit or buy and sell on behalf of their clients. When they deal (buy/sell) on behalf of their clients, it means they receive instructions from the client to execute a deal of so many millions of rands/dollars/euros for instance. These private clients may be in the market to play for a profit or may be there to hedge against a purchase or sale of a product in the United States, or the United Kingdom for example.

The collusion and the profit game

Because banks have knowledge of their clients’ expected deals for the day or even for the next weeks and months, they use that knowledge to rig the market (make a profit) and give their clients a bad deal. Banks may even share sensitive client information with each other, which is illegal. Even if they don’t share this information, each bank on its own can use the information of its own clients to manipulate the market or make a profit illegally. Sharing client information is illegal but so is gaining from the fact that the bank is using the clients’ monies to profit itself. Here is how they play it, using a hypothetical case, and using a funny rate between dollar and rands:

Very much aware that there is going to be a large order for dollars against the rand, the trader could buy some rands, lets say R600m, for the bank’s own trading account (unlike in equity markets, this is not against the rules in foreign exchange). He might also stage the purchases of the R600m so that the bank is likely to pay less for the rands than the price at 4pm – which is what the client ends up being charged for.

Note that much of the “fixing”/dealing (collusion) happens close to the minute of the exchange rate fixing time (normally at 4pm). Here is how they could play the game. Note the usage of the word “fix”.

3:40pm: A client calls the foreign exchange desk of a bank to convert some of its US dollars into R600m. It asks if the trade can be settled at the market benchmark price (fixed rate)– established at 4pm each day and named by the markets as “the fix” or “the fixing”.

3.48pm: The trader immediately buys R50m for the bank’s own trading account at the market price of 1.6000 dollars to the rand. He does this as he knows he has a very large amount of rands to buy over the next 12 minutes meaning there is a good chance that the price will rise.

3.50pm: The trader has now made sure that his bank has been looked after. His R50m trade has caused the price of rands to tick up to 1.6010 and the trader buys R100m at that price. He repeats this trade every two minutes, which drives the price higher each time. He stops when he has bought a total of R600m for his client by 4pm at an average price of 1.6035.

But what they did here is that they not only exchanged client information, which is illegal, they worked together to manipulate the rate, thus disadvantaging the country, which is illegal, and the normal citizen who should have benefited from a normal trading rand.

A bank’s spot [currency trading] desk doesn’t generally beat the market. They extract profit from their orders. Orders are information. Every bit of information stacks the deck. And the closer you get to 4pm, the less the risk of the price moving against you. That time is crucial in currency trading and it is where investigators are said to be focusing. The market uses a benchmark price at 4pm – ironically called the “fix” or the “fixing” – which is the price many clients request, chiefly because it is considered to be transparent.

So they not only “force” the rate to move in their particular direction (for their gain) but also disadvantage their own clients and the nation. And they end up benefiting instead.

The rate I could get may not be the rate Anglo can get. The Anglo rate is normally taken from the interbank rate with a good spread (meaning a slightly adjusted rate whereas Redge may get a rate from the Sales Desk, rather worse than one for Anglo). I will try to explain similar in a different way.

Now if a customer wants to make a trade in a few 100 dollars or so, they won’t be directly provided a two-way quote by the bank, instead the sales dealer and bank dealers would know before hand if the client will buy or sell a particular currency pair rand/dollar or rand/pound. This creates a scenario in which bank knows beforehand if the client is buying or selling. So in case the client is buying (or selling) it is possible for the bank to buy (or sell) before hand and pass on the trade to the client at a higher price and in the process make risk-less profit. This is known as front-running, which is illegal. So even though you have a liquid market, it’s still possible for a bank to front-run a client trade and give him sub-optimal fill.

Another common practice in inter-bank markets is to decide on what is called a fixing price. For example fixing price is decided in Indian interbank market by the regulator Reserve Bank India (RBI). In order to arrive at this fixing price RBI polls all the banks at around 12pm every day and takes two-way quotes from them. Here we fix around 4pm. It averages these quotes to arrive at the fixing price. This fixing price is used to settle many trades in the derivatives markets and it is also used for accounting translations, book keeping etc. Also, for many large ticket transactions with clients, it is a common practice to enter deals with clients before the fixing time at fixing price.

These are just some of the ways manipulation is possible in currency markets even though it’s a very liquid market. Consider this if 3 traders in 3 different banks want fixing to be lower and they happen to be close friends, it is not very difficult for them to manipulate the fixing price lower or higher and in the process make quick money from clients. So just because a market is liquid doesn’t necessarily mean that individuals or systems cannot find a way to game them.

• Fix = Just like there is an interest fix for 6 weeks or any length of time, there are also currency foreign exchange fixes (fix). For currencies there are daily currency fixes at specific times (mostly 4pm) where if one person asks, what was the exchange of rand versus dollar on Feb 22, there ought to be an official exchange rate. That rate is a fixed rate- an agreed upon rate. Therefore, we define a forex fix as: When major banks, often with the involvement of the central bank (the regulator), set a daily exchange rate for a local currency based on market conditions.

• Front Running: This is an unethical practice whereby someone (usually bankers, brokerage firms) with advance knowledge of a specific market order in, say, shares, bonds or a currency from a client steps in ahead and buys for their own account. When the client’s usually much larger order is executed and drives up the price, the private purchase can be sold at a profit.

• Orders: Banks/forex traders get orders (instructions to sell or buy a currency) from their clients or even from their own self when they want to buy/sell a currency.

• Reuters/Bloomberg: There are generally two type of market information computer systems (computer screens) used by traders. They are either from Reuters or from Bloomberg. Reuters are the commonest and oldest in the market. During my time, we relied on Reuter screens for info on movement and trading of currencies. Bloomberg came in later.

• Spot/forward rate. A spot contract is a contract (usually an instruction to execute a deal) that involves the purchase or sale of a commodity, security or currency for immediate delivery and payment on the spot date, which is normally from one day to two business days after the trade date. The spot rate, or spot price, is the price (exchange rate) quoted for the immediate settlement of the spot contract, whereas the forward rate is that rate quoted for a contract to be delivered in the future.

What could go down in the financial sector