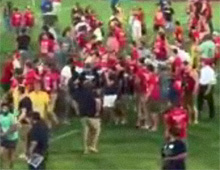 [intro]A year has passed since Shimla Park, the night I witnessed one of the most disturbing scenes in post-apartheid South Africa. The singing, chants, cheers and horrific visuals are long gone but the memories remain etched at the back of my mind. Maybe because the current environment at the UFS feels like déjà vu.[/intro]

Unrest and a possible shutdown is looming. Students disrupted classes around campus, with some calling for a campus shutdown. These disruptions are caused by unsatisfactory response which they received from NSFAS. “We want other students to be able to register, classes can’t continue while some of our brothers and sisters aren’t registered yet,” a student leader told The Journalist.

Outsourced workers, on the other hand, recently held a mass meeting where they voiced their continued frustrations with outsourcing. The chairperson of the Worker and Student Forum, Trevor Shaku, chaired the gathering. “We have seen that the salary increment negotiations have not been fruitful. We need to decide what to do and how to go about it,” Shaku said. A resolution was reached. Outsourced workers are currently in the process of applying for a protected strike to make their grievances heard and to plan a way forward.

If classes continue to be disrupted and outsourcing protests are on the horizon, was Shimla Park all for nothing?

It captures the reality of a people coming to terms with their scars.

The findings deemed the Shimla Park incident as ‘barbaric, violent and racist’. It also tabled out recommendations. These include the report being made public, investigations and disciplinary processes with regards to incidents that are deemed as human rights violations. Another recommendation is for strong disciplinary steps to be addressed without delay in instances of overt or covert racism, intentional or otherwise. To mention a few.

A year later, some of the workers still have not found closure. Their scars have not healed. Speaking to The Journalist, one of them confided how he is still haunted by the day and his fear of victimisation. “I got injured at Shimla Park. I’m still waiting for an apology,” he said. “I didn’t go to the commission because we are scared to lose our jobs.”

Shimla Park has not been forgotten by student activists on campus. They made their views public on Monday, 13 February, at the very stadium where some of them where attacked last year.

A group entered the field during a rugby match between the Shimlas and Ikeys and requested university management to suspend the game for an announcement regarding the report. Their plea was for People not stones to be made public.

Being amongst the outsourced workers brought back the anxious feeling I had after walking out of Xerox Shimla Park on that fateful evening. Will the next strike be enough to remove the shackles which still grip our democracy? 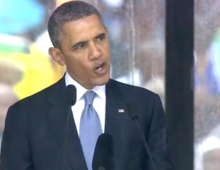 Obama reminds the world of the African continent’s resilience 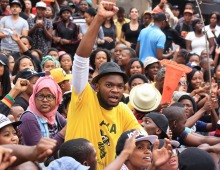 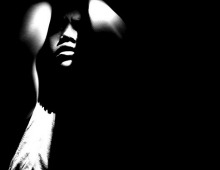 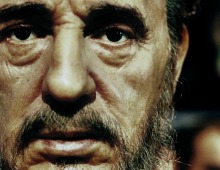