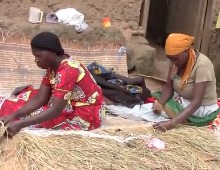 [intro]Chika Ezeanya-Esiobu’s documentary looking at ways in which indigenous knowledge and technological advancement can provide opportunities for women living in rural Rwanda.[/intro]

Indigenous knowledge is critical in generating local innovation and in fostering sustainable entrepreneurship. In many rural communities, more women than men use indigenous technology at home and commercially in getting small scale, localized commercial projects accomplished.

Women in rural areas are marginalized in making choices of decent jobs and have generally been besieged by social norms that they have low ability to combine work, family and personal life, therefore getting them confined to unpaid household work. Women tend to be clustered in fewer sectors than men; in agriculture, they tend to be mostly involved in subsistence production despite the availability of other (but mostly non-traditional) commercial farming opportunities.

The challenging reality is that even where they have access to employment in rural areas, women don’t always have access to modern technology for use in the production process; they normally apply traditional methods and techniques.

Attempts at extending modern technology to rural women have often proven unaffordable to many African governments, as it entails much more than the transfer of tangible technology, but requires much investment of time and funds in continuous education, training and maintenance – sustainability becomes impractical.

Indeed, in much of sub-Saharan Africa, the idea and practice of technology transfer has failed in the past several decades in being able to actually transfer sustainable technology to rural communities. This is mostly due to the fact that imported technology is difficult to establish, and to maximally function independently in a foreign environment . Imported technology is also lacking in the ability to birth innovation in its new territory and cannot be relied upon to create sound entrepreneurs.

Commissioned by the International Development Research Centre, Canada, I was the principal investigator in Rwanda for a study that examined indigenous technology and traditional enterprises and the possible role those could play in creating employment among rural women in different sectors in Rwanda.

Rural women are very closely associated with indigenous technology. According to an academic paper by Susanto Basu and David Weil titled Appropriate Technology and Growth in 1998, innovation that is based on indigenous knowledge is a pertinent driver of economic growth. What this means is that products or services and systems that are developed in response to the realities of a particular environment are more sustainable and holds potentials for improvement from the local communities.

Since economic and social settings of sub-Sahara African countries are to a large extent similar, the findings from Rwanda will undoubtedly inform policy making in most other countries. The objective is to influence the laws, policies and programmes that can address the historically disadvantaged situation of rural women much more effectively. 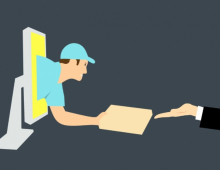 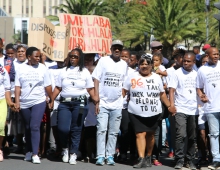 Land Reform: The key challenge of our time