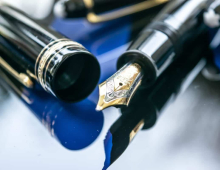 Ethiopian media legend whose legacy remains engraved in the hearts and minds of her fellow country folks for her social change agency has nerves of steel. Once incarcerated without trial, her parents were imprisoned, her husband was executed for unknown reasons. She endured all this under the Derg regime but continued her unwavering civic activism until independence.

Sophia Yilma Deressa has come full circle. She and her five siblings lived and traveled all over the work and received part of their education in the United States. Sophia is the second of six children born to Elsabeth Workeneh and Yilma Deressa, both of whom held indelible places in Ethiopian history. Her mother was daughter to Hakim Workneh Eshete, Ethiopia’s first physician and surgeon, while her father, Yilma Deressa, was a member of the Oromo nobility of the Welega province.

Sophia’s father was Ethiopia’s first ambassador to the United States serving between 1953 – 1957, this is what moved the family away from home. It was during this time that she received education at a number of institutions including the Georgetown Day School, the Baldwin School for Girls in Washington D.C and Bryn Mawr in Pennsylvania. Upon returning to Ethiopia at the end of his ambassadorship, her father worked to build up a new system of finance for the country and served as finance minister between 1957 and 1970. Yilma would complete Grade 12 at Haile Selassie First Day School now known as Yekatit 12 School.

“My parents always encouraged me to take up writing. Both my father and my mother had many passions, yet it was their love of books that remained most engraved upon me,” said Yilma during an interview with the Ethiopia Observer. That was to influence the career path she would later take as a print journalist.

After high school Yilma studied at Haile Selassie I University, but dropped out to work for Ethiopian Radio with pioneering women broadcasters such as Romanework Kassahun and Ellene Mocria but was only there for a few months.

“I realized that broadcasting was not my cup of tea. I preferred writing for a press,” she said during an interview with the Ethiopia Observer.

At 19, in 1961, she walked into the Ethiopian Herald where she was hired as a reporter making her the youngest, first and only woman journalist. By 1962 she had been appointed editor of the Women’s Page and progressed to edit the whole section. Her commitment to prioritising women’s voices made her a recognisable figure.

While at the Ethiopian Herald, she felt the need to improve her skills and took two years to study journalism at the Free University of Berlin. After graduating with a diploma in journalism she would go back home and continue to work at the Herald. She left the newspaper not long after marrying its editor Tegegne Yeteshawork and went to join Telecommunication Corporation as a Public Relation Officer, producing an house magazine Telenegarit and leading both internal and external public relations. Tegegne and Sophia had a son together. Tegegne husband would later leave the Herald to serve as Vice Minister of Information, in the Selassie regime.

In 1974 Mengistu Haile Mariam overthrew Selassie in what was said to have been a bloody coup, which allowed the iron fist military junta to reign until 1991, claiming an estimated 2 million casualties. The coup was followed by rampant arrests and Mengistu’s henchmen assassinating the emperor and most of his cabinet at the time, however Yilma Deressa, Sophia’s father’s life was spared as he had been at the core of the formation of the modern Ethiopian military, and the rank and file would not have accepted his killing. Instead he was imprisoned and would five years later die of untreated stomach cancer. Sophia’s husband was also arrested by the Derg and executed along with 60 other imperial officials on November 23, 1974. Sophia herself was arrested in 1976 and, with her mother, held in detention for seven months at the Kerchele Prison (commonly called Alem Bekagn – “Farewell to the World”), the same prison where her husband had been executed.

“It was chaos everywhere. I’ve never witnessed anything like it. I had a four year old son from Tegegne and I myself was picked up and arrested from Telecommunication office and put behind bars for seven months. During my imprisonment, my son had been cared for by my sister and cousins,” she said during an interview with Ethiopia Observer.

Having to support her family, upon her release from prison, Sophia returned to Ethiopian Telecommunications, working in its public relations and customer service departments. She retired in 1997. Following this, she worked for eight years as Public Relations Officer for the Integrated Holistic Approach Urban Development Project founded by Jember Tefere. Mainly doing developmental work in the country’s slums. She left after serving for a while to embark on opposition politics.

She ran again for parliament in the 2010 elections, but was defeated. Despite this setback, she worked to rebuild the party and re-branded it as the Ethiopian Democratic Party. She has taken a vocal role in the Ethiopian opposition. She remained Vice President of the party however these days she tends to stay out of the public eye, and spends time in the outskirts of Addis Ababa, Ropack Real Estate.