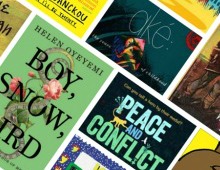 The Magic of Childhood captured in Six African Novels

Childhood is a stage in life that captivates us all, in part, because it is so elusive. Once we come of age, the experience of being a child—the innocence, bewilderment, and vulnerabilities—are immediately lost to an irrecoverable past. That’s why stories about children trying to make sense of a perplexing world have always been so powerful. With these stories, we vicariously relive those sad, happy, and puzzling moments of being a child.

In African fiction, childhood can be a brutal affair. Childhood has often been represented as a nightmare of violence, rape, war, and everything in-between. This is not to discredit novels like Uwem Akpan’s Say You Are One of Them and Uzodinma Iweala’s Beast of No Nation—novels that showcase image after image of African children being hurt and brutalised.

Stories like these have their value. However, the important thing to remember is that these novels do not have to define how we imagine the world of childhood in an African context. There is a rich tradition of African fiction in which childhood is remembered differently—as a time of playfulness, humor, adventure, and magic. Here is a small list of six.

We Need New Names is special for the simple reason that it stars a girl—a break from the tradition of featuring boys as lead characters in many African fiction about childhood. The story is set in Zimbabwe and in the US. The Zimbabwe part of the story features 10-year old Darling and her pack of street urchins stealing guavas, playing games, fighting boredom, and making the best out of abandonment. There are heartbreaking moments, but Bulawayo does a good job of preserving the spirit of adventure throughout the story.

“Tomorrow I will be Twenty” by Alain Mabanckou (Congo) 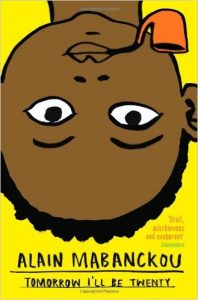 Michel lives in Pointe-Noire in Congo. The witchdoctor has told his mother that Michel holds the key to her womb. This accounts for why she hasn’t been able to bear any children since he was born. Talk about being a little boy and having a grown up problem. Mabanckou’s trademark is humor, so expect to laugh!

One of the most iconic stories about childhood in African fiction is Camara Laye’s African Child. It is semi-autobiographical and tells the story of Laye, a Malinke boy, living in a household where both parents have supernatural powers. His childhood is a captivating mystery built around a father who is often visited by a black ancestral snake and a mother who can bathe with crocodiles and not get bitten. The writing is evocative and captures a childhood draped in magic.

Peace and Conflict is a certified feel-good story about a 10-year old Zimbabwean boy living in Switzerland. His Zimbabwean Mother is a writer. His Italian father works for the Red Cross. His teenage brother fancies himself the next Ronaldo. As for Roberto, he learns Mandarin in his fancy private school and fantasises about mind-controlling his neighbour. Peace and Conflict is adorableness overload.

“Ake: The Years of Childhood” by Wole Soyinka (Nigeria)

In Ake: The Years of Childhood, childhood is imagined as a series of adventures. Between an obsession with books, getting into all kinds of trouble, and living under the scrutiny of a feisty mother and scholarly father, Wole tries to keep his cool while World War II rages on half way across the world. He is a sweet character doing cute, silly, and precocious things. In this autobiographical tale, Soyinka gives us one of the most lovable characters in African fiction.

In Helen Oyeyemi’s spell-binding rewriting of the Snow White fairytale, Bird is the daughter of the wicked step mother. Certainly a very awkward position to be in, especially for an awkward little girl who is not as pretty as her “snow white” older stepsister, worries about not being able to see herself in mirrors, and makes sense of her strange life through folktale characters. Oyeyemi’s story is set in a Massachusetts town, but it’s not hard to see how the quirkiness and inventiveness of the story is inspired by African literature.