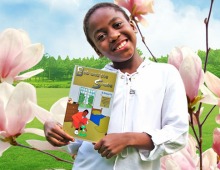 In a combined book launch at the University of the Free State last month, two young authors showcased their work. Stacey Fru is only 10 years old and Reikantse Manaka is 12. These two bright minds blew the audience away with their fascinating books and their passion for literature.

Literacy is a fundamental human right. Like equality, right of movement and residence, it is one of the most essential rights for any individual in society.

But not everyone enjoys this right. A policy brief compiled by Nicholas Spaull, a research fellow at Stellenbosch University, titled ‘Learning to read and reading to learn’ revealed shocking statistics.

According to Spaull’s research, 58% of Grade 4 learners in South Africa cannot read for meaning, while 29% are completely illiterate. Low literacy rates have been a concern for many years. According to an NGO called Help2Read, the National Education Evaluation and Development Unit (NEEDU) gathered research back in 2013 which showed that 11% of of Grade 5 learners “could not read a single English word from the passage used to assess their reading fluency” and of this same group, “41% read so slowly that they were considered non-readers in English.”

While the statistics are alarming, two young authors, Stacey Fru (10) and Reikantse Manaka (12), are moving towards shaping a brighter future for the South African literature scene.

Fru and Manaka astounded audience members during their joint book launch with their charm, bright minds and passion for literature and storytelling. Kids who attended the event filled up front row seats, their eyes glued to the two authors who read excerpts from their colourful novels. Older students listened in awe and parents were curious about lessons they could learn on how to feed the mind of their own bright children. 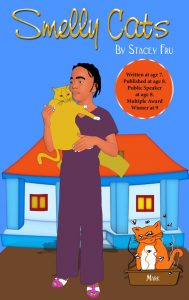 Fru is a multiple award winning author from Johannesburg. She wrote her first book ‘Smelly Cats’ at just eight years old, without her parents’ knowledge. The 108 page book took her four months to write and was launched at the Wits International Language and Literacy Symposium in 2015. Her ultimate dream is to obtain a medical degree from Harvard or Stanford University. “What inspires me is my passion to read and write. I want to get more African children to read and write. Reading is important because reading is a key to success. Without reading or writing we wouldn’t go anywhere in the world,” she said.

Manaka is a bubbly girl from Bloemfontein. Her journey as an author can be traced back to her first year of school when she put together a book, made and stapled by herself, for her teacher who had just gotten a baby. “One of my day care teachers, Mrs van Woerkom, told my parents that I am talented and that they should consider having me published,” she said.

“The thing I like about writing is that it teaches me more and how to write difficult stories. I draw inspiration from everywhere really. Even from playing with my younger sister.” 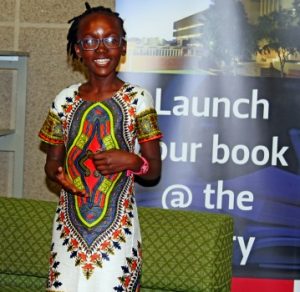 Manaka says she wants to one day be a businesswoman and open companies that will “help people” she also wants to “open a reading centre for the poor.” Manaka launched her first book, titled ‘High Ten for Reikantse’ in 2015, which is a compilation of ten short stories and fun activities.

Both these bookworms are motivational speakers who have packed schedules in between their reading and writing. Fru is a ballerina who also plays the guitar and Manaka is a hockey player who is also a member of her school’s Mathematics club. Manaka was recently interviewed on Lesedi FM about her book, her school activities and how she began her career in writing.

During discussions at UFS, Manaka posed a question to the audience. “Do you buy books for your children and do you read for them?” Not only did this spark an introspection discussion amongst the adults present about the importance of reading to their children, it also led to them to commit to contributing positively to the literature experiences of their young ones.

Manaka and Fru may be young, but they are already inspirational figures to people of all ages. These two are flexing their creative muscles and are well on their way to being female giants in the literary world.

Watch out for these literary giants of the future!

We the People: Extract from Albie Sachs’ new book

The First and Last Word- Freedom