Baastards or Humans: The unfolding truth 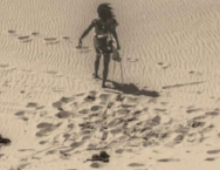 Celebrating Africa day and African history is necessary to consciously remind Africans of the wealth and sophistication embedded in our past.

“The value of history is that it teaches us lessons embedded in our past and exposes us to patterns of behaviour which we can more easily recognise in the present, so that we do not repeat past mistakes and thereby perpetuate unhealthy patterns. This is the background to the expression: history repeats itself. I prefer to say, fools repeat history.”
– Dr Ruben R. Richards

Dr Ruben Richards was classified by apartheid as “coloured”, and for whom there was very little chance of succeeding beyond being cheap labour for the apartheid economy. But despite the odds, Ruben has triumphed and serves as an inspiration to those who don’t believe that success is possible – even when the odds are stacked against you.

He is the author of the book “Bastaards Or Humans: The Unspoken Heritage of Coloured People”, a recollection of the pre-colonial history of Africa looking specifically at the history of the Khoi, who lived in the Cape Town area before the arrival of colonists. His work is published in two volumes, volume 1 draws on a series of debates in South Africa about the humanity of people of colour. In particular, it draws on a 17th century debate between two Dutchmen, Jan van Riebeeck and Matthijs Proot, regarding the humanity of the people of the Cape. The pertinent question then was formulated around whether people local to the Cape were human, or godless savages as van Riebeeck believed.

Volume 2 retells 500 years of historical interaction between South Africa and its European visitors. It does so in the form of short stories linked to specific dates and retold here from the perspective of intimacy rather than hatred and enmity. In theoretical terms, Dr Richards is entering the meta-(impersonal) historical narrative from a micro-(personal) experience.

“History is after all the story and journey of a people and not the retelling of abstract emotionless events,” Dr Richards states.

While conducting his research for the book, the most interesting facts Dr Richards found out about the Khoi and San people of the past, is that they were a wealthy and wise people. Their society did not necessitate prisons or psychiatric hospitals. The 17th century saw leaders within the Khoi and San community who were internationally educated and internationally travelled, and who learned and spoke foreign languages. They could negotiate cross-cultural interaction both on local soil and internationally.

“In short Khoi and San leaders were internationally educated and travelled. This probably comes as a shock to many, and debunks the dominant image of half-naked savages running around like uncivilised people,” says Richards

He agrees that pre-colonial history should be taught more thoroughly in South African schools in order to pass on this knowledge so that the next generation knows that there was “intelligent life” in South Africa before the arrival of van Riebeek.

“It would give the descendants of the Khoi and San, as well as the broader South Africa population, a sense of pride and accomplishment. We come from a wealth and depth of thinking which has never yet been celebrated – mainly because, until now, we just did not know,” he says. “Our history books have chosen to depict the indigenous ancestors of our country as intellectually and culturally inferior to European-based intellect and cultural norms”

He says it did not suit European ideology to show the Africa was a place of “literacy and sophistication” while Europe at the time was culturally and intellectually backward.

“While Europe was experiencing the Dark Ages, Africa was in a period of enlightenment with knowledge of iron technology as well as literacy. The Timbuktu Library project driven by former President Mbeki and the new understanding and appreciation of the Mapungubwe Kingdom of 900AD in the Northern part of South Africa, bring fresh perspectives to the sophistication that existed in African society,” says Richards.

To Richards, celebrating Africa day and African history is necessary to consciously remind Africans of the wealth and sophistication embedded in the African past. “Otherwise,” he reckons, “subsequent generations will believe that lie that Africa was always a dark continent and must therefore be thankful of European based enlightenment.”

Read more about “Bastaards Or Humans: The Unspoken Heritage of Coloured People” at www.bastaardsorhumans.co.za.

This is a story from the ACTIVATE! Change Drivers Network. A network of over 3000 diverse young people driving change for the public good across South Africa. Members of this network, Activators, are connected by their passion, skills, sense of self and spark to address tough challenges. Follow ACTIVATE! on social media @ActivateZA on twitter and ACTIVATE! Change Drivers on Facebook.” 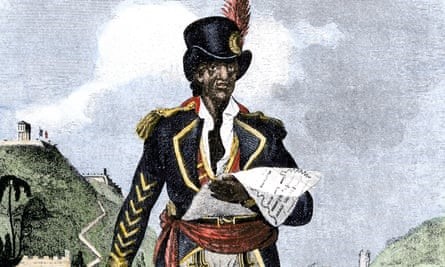 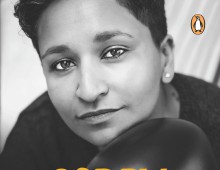 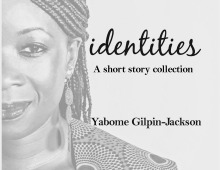 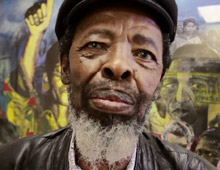