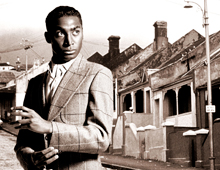 [intro]This weekend Docuville, the documentary slot on SABC 3, begins a mini- series called Striking A Chord. Through the lives of iconic South Africans four one-hour films help us understand who we are as a nation. The first in the series is Emo Adams – Tall, Dark & Afrikaans. [/intro]

Almost everyone knows the tune and some of the words of the national anthem but that’s about where national music unity ends. The Simphiwe Dana fans have never heard of the superstar Nianell and Capetonians think Willem Welsyn is a charity organisation. There are not too many artists who transcend our unique, cloistered style of nation-building.

So what is it that’s made Emo Adams cross the deep racial divide and sign up Afrikaner fans in huge numbers? Does music really transcend all boundaries or is there something else at play here?

Emraan Adams was born in 1978, the year PW Botha replaced John Vorster as prime minister and newspaper Editor Donald Woods skipped the country, hounded for his friendship with Steve Biko. Emo was barely 10 years old when he and his brother were playing in his father’s revue style show called Kinders Vannie Ses. It was a hit, toured the country and launched a show business career for both boys. 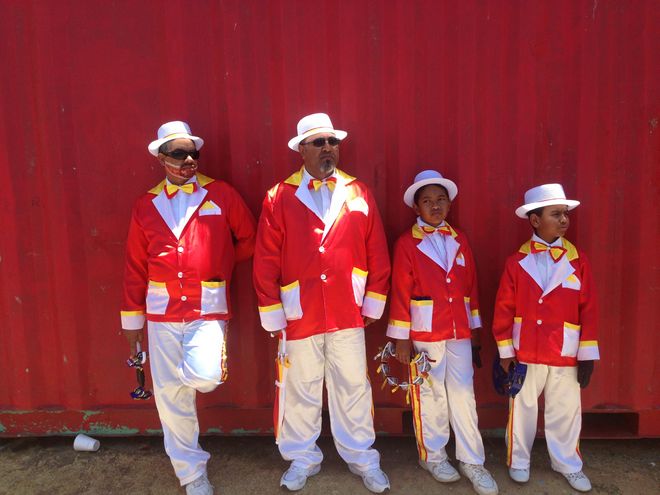 When the two boys were not performing on theatre stages they were sought after as artists for the annual competitions of the Cape Town Minstrels or Klopse and the Malay Choirs.

As a budding child star he was invited to join the cast of District Six The Musical, a show devised and produced by David Kramer and Taliep Petersen. Later in the world renowned Kat & the Kings – it played on Broadway – he was almost every character in the show, during various runs.

Now Emo was not only crossing the railway line he was stepping out on the international stage. His old school where he fled from the police in the 80s invited him back as a VIP guest in the new millennium to an event where he had to sing for Nelson Mandela.

“I have a page with words, and ready to sing! But as Madiba took the corner the only thing running through my mind was fokkit maar die man is lank. (Dammit but he’s tall). I was so overwhelmed by his presence that I couldn’t even contain myself as I slowly uttered the first line, but the moment was just too big for me I just couldn’t. Facing everybody in the quad with nothing to say I felt this hand on my shoulder and when I looked up it was the hand of Nelson Mandela on my shoulder. As I looked up he said; ‘It’s Ok I’m gonna sing it with you’. We started singing Nkosi Sikelel iAfrika. Everybody joined in.”

Since making the crossover from former boy band vocalist – his group JAG recently had a sold out revival tour – turned solo singer to an Afrikaans brand he has picked up criticism from all quarters. Some colleagues say he is in danger of becoming a token Afrikaner.

Late in 2014 Emo performed with Dawid Kramer and a group of South African stars at New York’s legendary Carnegie Hall. They got a standing ovation. Ironically it is David Kramer, his mentor, who sounds the warning bells about Emo’s popularity in the Afrikaans market. He says Emo finds himself in a dangerous place and Kramer questions whether the warm white embrace is not a form of racism …

But there’s a twist in the tail to the Emo story. Finding Emo musical theatre Director Basil Appollis questions all this talk of a ‘crossover’. He and others say Emo is a descendant of the people who spoke the original Afrikaans, the black slaves at the Cape.

Emo Adams – Tall, Dark & Afrikaans is part of the VIA – Vision In Africa Striking A Chord mini-series that will run for the month of May on SABC 3’s Docuville slot. The Emo episode is the first on May 3rd at 7.30 pm.

The series is directed by Sylvia Vollenhoven, Basil Appollis and Eugene Paramoer. Jacky Lourens is the Producer. It includes the stories of playwright Athol Fugard, singer Karin Kortje as well as Choreographers John Linden and Alfred Hinkel. 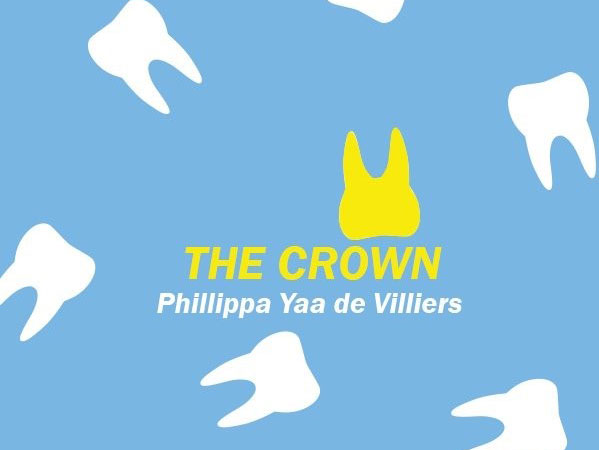 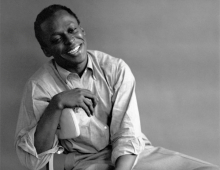 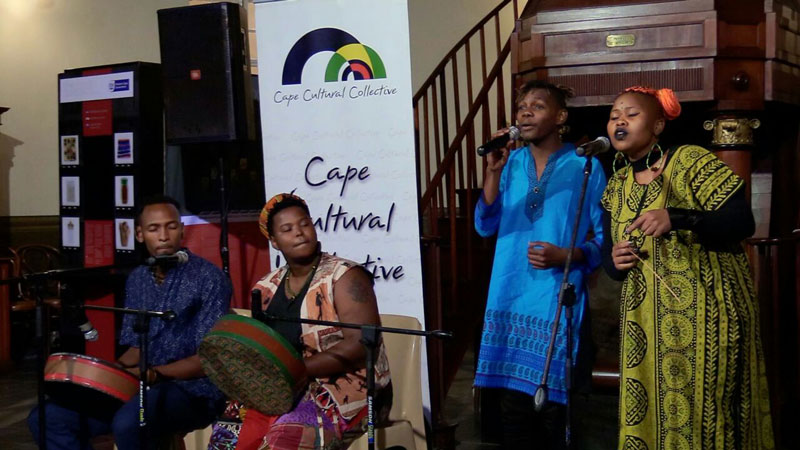