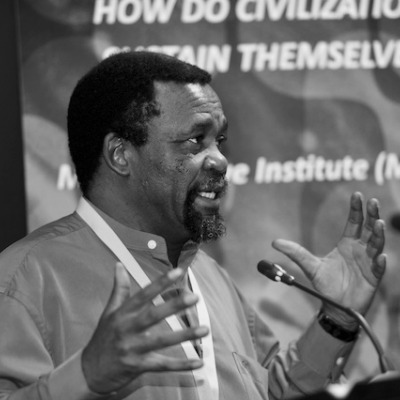 Joel Netshitenzhe has a Master of Science (MSc) degree in Financial Economics and a post-graduate diploma in Economic Principles from the University of London, and a diploma in Political Science from the Institute of Social Sciences in Moscow.

He is a Member of the Boards of the Council for Scientific and Industrial Research (CSIR), Nedbank Group and Life Healthcare Group; and a Champion within Programme Pioneer of the Nelson Mandela Foundation and Life College Association. He is a member of the ANC National Executive Committee, and also served as a member of the National Planning Commission (2010 – 2015).

Before joining the Government Communication and Information System (GCIS) as CEO in 1998, Mr Netshitenzhe was Head of Communication in President Nelson Mandela’s office. In addition to being GCIS CEO, he was appointed Head of the Policy Co-ordination and Advisory Services (PCAS) in The Presidency, in 2001. He headed the PCAS on a full-time basis from 2006 until his retirement in 2009.

Before 1994, he served in various capacities within the ANC: Radio Freedom, Mayibuye editor, member of the ANC Politico-Military Council and Deputy Head of the Department of Information and Publicity, and as part of the ANC negotiating team.

He writes in his personal capacity.