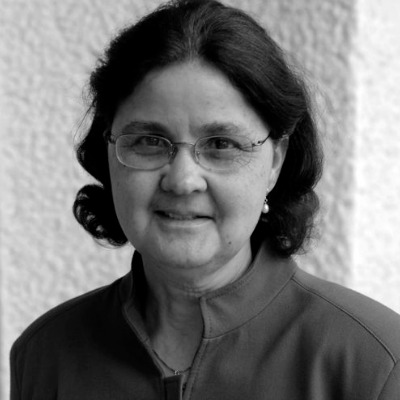 Dr Sophia Kisting is an Occupational Medicine Specialist and former Director of the International Labour Organisation (ILO). She works towards reducing the risk of work-related ill-health and promotes improved national and international health and safety standards.

Her areas of particular interest include the occupational health and safety of women workers, how best to ensure social protection in the context of work-related ill-health and how to nurture and strengthen a preventive health and safety culture.There is a major focus on the prevention of occupational diseases and accidents, the protection of human rights at work and adequate compensation when indicated in her work.

At the ILO she managed and directed the HIV and AIDS Global Programme to protect human rights at work and to ensure decent work and the dignity of ongoing employment in the context of HIV and AIDS.

Kisting grew up in rural Namibia and she describes her heritage as a mixture of the indigenous Nama and colonial influence, through her paternal German and maternal Scots forbearers.

“I am both from Europe and from Africa. This realisation is very important in my life.”

The daughter of a stonemason and seamstress, Kisting remembers how her father was affected by his occupation, constantly exposed to fine dust, risking his lungs.

“This influenced me greatly,” she said, “and I later developed an interest in the link between health and work.”

Her mother, a seamstress, worked from home and was a dominant influence in the lives of the eight Kisting children.

Coming to UCT as a medical student in 1969 was an education in itself, an experience that could have sent the young woman back across the Orange River. She was directed to Stellenbosch because she spoke Afrikaans. But she couldn’t find accommodation. Coming to UCT was no easier. She found accommodation in Elsies River, necessitating long journeys between class and home. Nights were spent working in restaurants to supplement her fees. But she was in class early the following morning.

Like many other medical students of those years, Kisting remembers the indignity suffered by black students and patients alike.

She couldn’t examine patients from the white side of the hospitals. “The white students had access to everyone. There was an unfair load of examinations on black patients.”

Deeply influenced by the black consciousness movement at UCT, she graduated in 1975. It was a turbulent time and young interns were challenged to make very stark decisions, consciously resisting the authorities and supporting those who were disenfranchised.