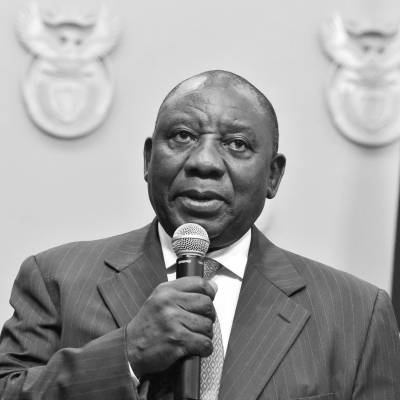 Matamela Cyril Ramaphosa is a South African politician and, since 15 February 2018, the fifth and current President of South Africa.

He followed the resignation of Jacob Zuma, having taken office following a vote of the National Assembly on 15 February 2018. Previously an anti-apartheid activist, trade union leader, and businessman, he served as the Deputy President of South Africa from 2014 to 2018.

He was elected President of the African National Congress (ANC) at the ANC National Conference in Nasrec, South of Johannesburg in December 2017. He is also the former Chairman of the National Planning Commission, which is responsible for strategic planning for the future of the country, with the goal of rallying South Africa “around a common set of objectives and priorities to drive development over the longer term”.