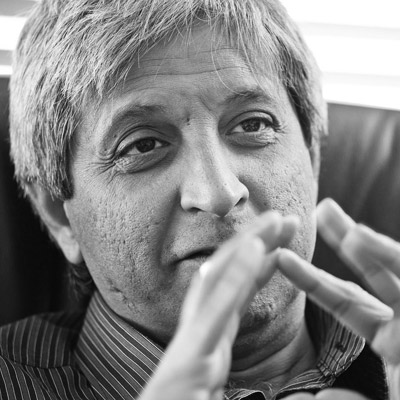 Professor Adam Habib is the Vice-Chancellor and Principal of the University of the Witwatersrand, and has served in this position from June 2013.

He is an academic, an activist, an administrator, and a renowned political media commentator and columnist.

A Professor of Political Science, Habib has more than 30 years of academic, research, institutional and administration expertise. His experience spans five universities and multiple local and international institutions, boards and task teams. His professional involvement in institutions has always been defined by three distinct engagements: the contest of ideas; their translation into actionable initiatives; and the building of institutions.

Professor Habib served as the former Deputy Vice-Chancellor for Research, Innovation, Library and Faculty Coordination at the University of Johannesburg (UJ). He has also served as the Executive Director of the Human Sciences Research Council and as a Research Director on Governance and Democracy. Prior to that, he served as a Professor in the School of Development Studies at the University of Natal and as the Research Director of the Centre for Civil Society.

He was instrumental in transforming the University of Johannesburg following the nationwide mergers of tertiary institutions in 2005 and played a key role in increasing research output at UJ.

Transformation, democracy and development are fundamental themes of Habib’s research. He is well-published and renowned as a key leader in higher education and political studies in South Africa and around the world.