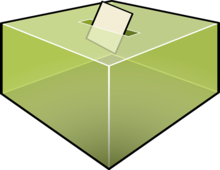 In both July editions of The Journalists we have carried stories on the progress and challenges of local government in several towns, villages and cities throughout the country. Here Zubeida Jaffer, publisher of The Journalist, goes in search of answers to key municipal issues in the area where she lives, Wynberg, Cape Town.

Ward 63 where I reside has not had one official ward meeting in the past five years. Notification of a quarterly ward meeting as legally required has never come to my notice nor to the notice of many of my neighbours.

Participatory democracy effectively remains out of our reach.

And yet next week, we will again go to the polls at the nearby schools that will serve as polling stations.

Councillor for this ward is the DA’s Montgomery Oliver. In a telephone interview, he confirmed that he had not held the required quarterly meetings but instead had opted to work with residents as certain problems arose. “I felt that this was in keeping with the spirit of what the law required,” he said.

Three months ago on April 25, 2016, I sent Councilor Oliver a set of 11 questions, five of which he was unable to answer. The answers to six of the questions together with my own research allow me to sketch a picture of Ward 63. I will return to the five unanswered questions.

This ward is made up of a number of small neighbourhoods: Wetton, Ottery (Wooddale area), Ferness Estate, Fairways, approx. 1/3 of Plumstead, Wynberg East and Golf Links Estate. The roads that mark out the boundaries of this ward are: Wetton, Strandfontein, Ottery, De Wet, Carroll, Hyde, Dragoon, Lympleigh, Castle & Belper roads.

I live in the neighbourhood of Wynberg East formerly classified coloured under Apartheid. My family has lived here for close to 60 years. Ward 63 represents an amalgamation of formerly white neighbourhoods and formerly coloured neighbourhoods as imposed under apartheid. These categories are slowly becoming less distinct and one would hope that in another 20 years, the old racial divisions would be further blurred. Several black families, and I use these labels only for the purposes of the story, have moved into Wynberg East since 1994 and for the first time last year, a white Afrikaans family moved into the street on which I live. I view all of us as residents of Ward 63 and part of a common humanity.

This ward has a population of 27 872 according to the 2011 Census figures. In the 2011 municipal elections, 15 122 residents were registered to vote. 71.2 percent of the registered voters cast their votes in the last election. This figure is at least 10 percent higher than the average in the Western Cape according to WaziMap, an internet statistical site. This means that the residents of Ward 63 are reasonably diligent about exercising their vote.

Over 80 % have completed matric or higher studies, double the rate in both the Western Cape and in the country.

Close to 60 percent of residents are employed and of this 85% are employed in the formal sector. This is 20 percent higher than in the rest of the Western Cape.

Ward 63 is certainly not an average South African ward. Combining less well-off areas such as Wynberg East and Ottery with Plumstead and Golf Links Estate has raised its profile. My neighbourhood, Wynberg East, also enjoys a historic advantage in that it has evolved over two centuries.

Centuries before Dutch and British eyes fell on the fertile hill now known as Wynberg, this was home to the indigenous KhoiSan. Dutch colonisers swept them away and as early as 1658 cut up parcels of land and gave or sold them to settlers.

One such parcel became a farm named De Oude Wijnbergh (Old WineMountain) centrally situated on the wagon route from Cape Town to Simonstown.

This is what we know as Wynberg today. It was first a small farming area that evolved into a garrison town in 1795 when the British colonised the Cape bringing in hordes of troops.

Slowly Wynberg East where I live became the place that housed the skilled seamstresses, tailors, builders, carpenters and shoemakers servicing the military settler community. Over time, its basic municipal amenities were put into place.

Missing before 1994 was the right of residents to determine how their taxes were used and their right to decide on how to improve their own neighbourhoods.

After several emails back and forth to Councillor Oliver over many weeks, it became clear that the city was reluctant to provide the answers. This has left me with no alternative but to rephrase the unanswered questions into a Promotion of Access to Information Request that I am in the process of doing. Lawyers have assured me that it should be possible for the city to let residents in this ward know what their financial contribution amounts to.

How this links to expenditure in the area will not be so easy since revenue collections are not directly linked to particular developments at a local level.

On Monday, 25 July, 2016, three months after I started the conversation with Councillor Oliver, he said that he operated as best he could and has found that new insights lead to different approaches over time. “Life is full of new beginnings,” he said. He was standing again this time and recognised that he had erred. He will have to take on board that sections of this ward have not even heard his name or received a note in their letterbox from him.

According to the IEC, residents will have the choice of voting for more than 20 parties next week. The 2011 municipal elections saw the DA walk away with 83% of the votes in Ward 63, while the ANC had 10%, the African Christian Democratic Party with 2% and Al Jama-Ah (AJ) with 1%. Other parties garnering a few votes amounted to one percent recorded under the category “Other”.

Democracy cannot just mean trotting off to the polling stations next week. It has to evolve to a point where residents meaningfully control developments in their neighbourhoods. Residents in Ward 63 will have to insist that they have the right to be kept informed and participate in shaping their living spaces. A shallow democracy pulsates in this ward and we go to the polls without answers to important questions.

*Zubeida Jaffer is award-winning journalist and publisher of The Journalist where this story first appeared. This story is part of a focus on stories that students have written about their wards during their mid-term break. The Cape Argus and The Star will publish the Touching Base series on August 3, 2016 marking the 2nd Anniversary of this pioneering website that provides historical context for young people between the ages of 18 and 24.

Ward 63: We go to the polls without answers to important questions

African women in aviation are trailblazers

Debate a potent agent of transformation and growth

Charlotte Maxeke written back into history