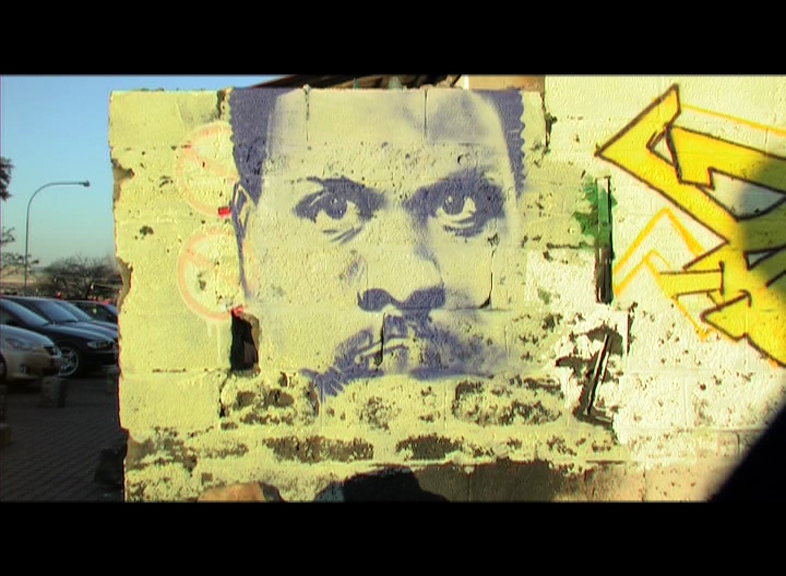 September is Heritage Month. It is also the time when we commemorate the death of Steve Biko. All across the nation recent events have honoured the legacy of an icon. In Cape Town St George’s Cathedral, a place of interfaith unity throughout the anti-apartheid struggle, celebrated a special Mass on Sunday. But what is the real meaning of this annual acclaim?

St George’s Cathedral is giddy with incense. In the front row sits Dr Mamphela Ramphele, for a moment disconnected from the chaotic politics of recent times. Behind her the man who was arrested with Steve Biko at a roadblock in 1977, flanks his family. Resplendent in sparkling green vestments the Dean, a consummate struggle priest, holds his arms wide reciting Peter Gabriel lyrics from the pulpit.

It is a scene that focuses my Biko Consciousness with a forceful momentum. We have all walked the same activists’ road to arrive at this Sunday morning of vaulted ceilings and rousing chorales. We have come here to celebrate the Eucharist and Steve Biko, connecting the Mass to the path of our liberation. Sacrament and sacred struggle memories all wound up in the sweet smell of sandalwood.

But beneath the veneer of sanctity sits an anger. The Dean Michael Weeder articulates it with finesse when he reads Peter Gabriel’s Biko lyrics to Michele Shepherd’s soft violin accompaniment:

You can blow out a candle
But you can’t blow out a fire
Once the flames begin to catch
The wind will blow it higher
Oh Biko, Biko, because Biko
Yihla Moja, Yihla Moja
-The man is dead

The man who was arrested at a roadblock in 1977 with Steve Biko, Peter Cyril “P C” Jones, addresses the anger head-on when he delivers his Imagine Another Country address to the congregation:

“So post-apartheid was reduced to an elite project of capturing the state and the means of governance, in contrast to creating an expansive and inclusive democracy based on the activity of the mass movements. And critical voices within the ANC (as well as those outside the organisation, including Azapo) were outmanoeuvred, co-opted, told to keep quiet or expelled into the political wilderness. The intellectual elites and movements such as the civic movements mostly toed the line or fell silent.”

P C Jones, the Managing Director of the Is’Baya Development Trust, has now turned his activism to rural development. He recounts some of the lights along the road to Biko’s Black Consciousness style liberation. He talks of revolutionary Frantz Fanon and educationist Paulo Freire.

For me he evokes memories of a high school teacher who helped us find a copy of Fanon’s Black Skin White Masks, banned by the apartheid authorities. When I read the book it was the first time I began to understand the psychology of racism and oppression. The same teacher made us read W E B du Bois. The Souls of Black Folk fanned the fire ignited by Fanon.

As a young journalist I was sent to interview a dynamic priest who buzzed around Kensington on a Vespa scooter, cassock billowing. Father Clive McBride would not talk to me until I’d read Paolo Freire’s Pedagogy of the Oppressed. I could not get past the first page without looking up the ‘foreign’ words but I ploughed through it. Dipping into the newsroom’s Oxford English Dictionary frequently, it took a long time before I could go back to Father McBride and engage with him further on liberation theology. It took an even longer time to understand the global struggle against injustice and my role in it.

My growing awareness that started with the books and the priest in the 70’s, was taken to full bloom by Steve Biko and Black Consciousness in the 80s. Later the black, green and gold fervour of the ANC slotted into this fertile garden with ease. But now when I celebrate the life of Biko I feel an emptiness. On Sunday P C Jones puts his finger on that gap when he recalls the BC style of politicisation that fed the souls of many people in the congregation:

“No area of the black experience was left untouched and unorganised – whether the arts, writing, music, youth, voluntary and cooperative endeavour, religion, education or history. The ideas that were propagated were based on developing a critical awareness and understanding of the self, of the community, and of the world, through dialogue or critical reflection. Fanon tells us that the conviction of the poor and oppressed that they must fight for their liberation is not a gift bestowed by the revolutionary leadership, but the result of their own conscientization.”

The Sunday morning in a genteel, scented Cathedral makes me happy and sad. Happy that there was a time when Biko was my contemporary. But sad that on the path to real liberation we are struggling with the relevance of black consciousness; sad that we are struggling to fill a gap that we cannot quite name.

“The relevance of black consciousness can be seen in the bipolarity of post-apartheid SA. On the one hand it represents itself as a successful, free and open democracy, a rainbow nation, where everyone can prosper from freewheeling capitalist markets (Afro-optimism), whilst on the other hand we have images of poverty and xenophobic violence, reinforcing the world’s view of it as a permanent conflicted and suffering ‘tribal’ nation (Afro-pessimism). Black consciousness as relevant today is almost a plea to create another world. Viewing Fanon’s Black consciousness philosophy as actional and engaged, rather than detached and autonomous, this philosophy is then used to amplify the voices of new movements amongst the poor, and to challenge committed intellectuals (both inside and outside of the movements) to search for and listen to the people, and develop new concepts,” says P C Jones.

I work in a media world where depth is discouraged. Where the superficial current affairs agenda drowns out intellectual discourse. So, even if we have dozens of Bikos rising up, we would not hear them above the din of political posturing and buffoonery.

Afterwards the Dean tells me that they celebrated the Rev McBride’s 80th birthday the other day. I learn for the first time that my 70’s mentor is the uncle of the maverick former MK soldier Robert McBride. The Dean also tells me that the elderly priest came to Cape Town after his Joburg Bishop told him he had no place in his diocese for a coloured priest. I listen to the story and feel connected to a Paolo Freire McBride fraternity that has come full circle.

When the Eucharist is over I ask P C Jones what does that other country look like – the one of his Imagine address. I ask him who occupies the high ground there. He says the roots of his own optimism is being watered by the ordinary people of the rural areas who are rising up.

In the pew sheet for this special Eucharist Dean Michael Weeder has printed an extract from Professor Ben Okri’s Steve Biko Memorial Lecture a couple of years ago. The words of the lyrical Nigerian writer fills a small part of that gap many of us feel…

“In many ways Biko reminds me of Nietzsche; he did not trust pity and he might have thought forgiveness not really forgiving till the fire of truth has been brought into the consciousness of the one to be forgiven. The fact is that a nation cannot escape from itself and from all of its truths and all of its lies. If its lies linger too long in the unspoken dialogue of a people, sooner or later they will lead to unpleasantness. Even though Biko be absent, the people in the shanty-towns, the poor and the hungry feel the shadow of those lies, feel the pointedness in their lives of the questions that Biko might be asking today.

“History is like a nightmare we wake up from after a struggle and blink in stupefaction at the strangeness of daylight. With awakening a great energy is freed; a new question is posed: the nightmare is over but what do we do with the day? We do not have enough psychologists of history. Everyone seems to treat history as if our reaction to it should be logical. The people have emerged from a mutual nightmare, what should they do upon awakening? What should anyone do after a long trauma? What can anyone do?”

Ben Okri’s words roll around inside the Sunday emptiness that now has a few names. Awakening. Stupefaction. Trauma. So, what indeed do we do now that we are awake?

Once the flames begin to catch
The wind will blow it higher
Oh Biko, Biko, because Biko
Yihla Moja, Yihla Moja
-The man is dead

What we have to do is pay careful attention to the prescience and vision of artists like Okri:

“Pass the word on. Pass the word along the five great rivers of Africa – from the Cape of Wise Hope to the sinuous mountains and the tranquil savannah. Pass on the word that there are three Africas. The one that we see every day; the one that they write about and the real magical Africa that we don’t see unfolding through all the difficulties of our time, like a quiet miracle. Effect the world with your light. Press forward the human genius. Our future is greater than our past.” 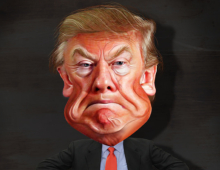 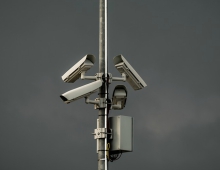 The cage we all helped to build 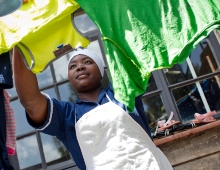 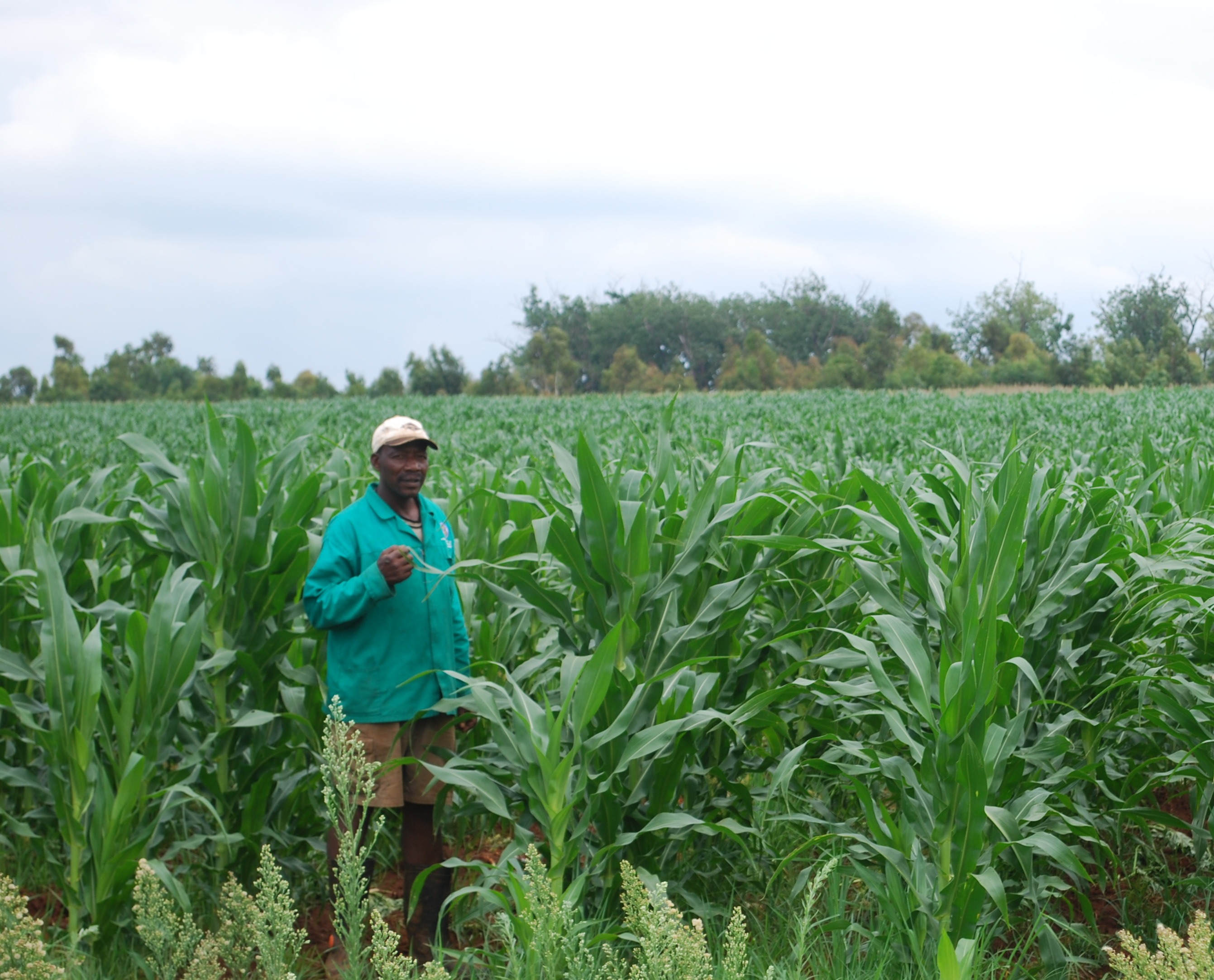