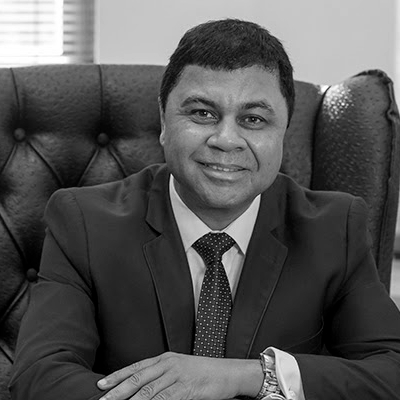 Prof Francis William Petersen is the Rector and Vice-Chancellor of the University of the Free State since 1 April 2017. He has formerly been Deputy Vice-Chancellor of the University of Cape Town; Dean: Engineering and the Built Environment at the University of Cape Town; Executive Head: Strategy at Anglo American Platinum; Executive Vice-President: Research and Development at Mintek; and Head of the Department of Chemical Engineering at the Cape Technikon (now the Cape Peninsula University of Technology). He obtained the degrees BEng (Chem), MEng (Metal), and PhD (Eng) at Stellenbosch University, and completed a short course on Financial Skills for Executive Management with IIR Training. He is a recipient of the Ernest Oppenheimer Memorial Trust and Cape Technikon Researcher of the Year Awards. He is also a regular reviewer and serves on the editorial boards of various international journals.

He is a non-executive director on the Board of Fruits Unlimited. He is a former Chairman of the Board of the Council for Scientific and Industrial Research (CSIR), a former non-executive director on the Board of Royal Bafokeng Platinum, and former member of the South African Minister of Science and Technology’s National Advisory Council on Innovation (NACI). He is also a former member of the Council of the Academy of Science of South Africa (ASSAf), and a Board member of the National Research Foundation (NRF). Prof Petersen is a registered professional engineer with the Engineering Council of South Africa. He has been a member of an International Panel on Sustainability for AngloGold Ashanti, a former adviser to the Anglo American Platinum Beneficiation Fund, and is a Fellow of both the South African Institute of Mining and Metallurgy and the South African Academy of Engineers.

Prof Petersen has extensive experience of management at various levels within the university and industry sectors. He believes in teamwork, and has played a key role in various initiatives within higher-education, industry, and science councils. He is the founder of the first cohort of industry research organisations in the minerals and energy sectors (M and E G9), and has been actively involved in strategic planning with regard to research and development (R&D) in the science and technology sector, joint venture formation, and scenario development. Prof Petersen serves on various national and international technical, editorial, and advisory committees, is actively involved in, and has consulted widely to the South African engineering and the built environment industries. He has published over 150 technical papers and conference proceedings in international journals.