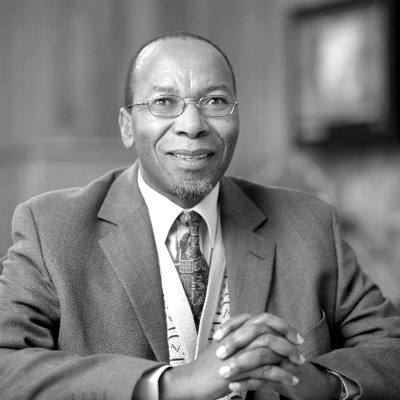 Mosibudi Mangena enrolled at the University of Zululand (Ngoye) in 1970 for a BSc degree, was elected to the SRC, and became active in the South African Students’ Organisation (SASO). He discontinued his studies and moved back to Pretoria where he became active in the local branch of SASO, PRESO.

In December 1972, he was elected as the first National Organiser of the Black People’s Convention at its inaugural Congress. In 1973, he was detained under the notorious Section 6 of the Terrorism Act in Port Elizabeth. He was later charged, convicted and sent to Robben Island for five years. He was the first Black Consciousness activist to land on Robben Island. While on Robben Island and under banning orders, he completed a BSc and BSc Hons degrees with the University of South Africa. He now holds a Master of Science degree in Applied Mathematics.

On his release in 1978, he was banned and restricted to Mahwelereng Township in the then Lebowa Homeland (now part of the Limpopo Province) for five years. In 1981 he went into exile, and joined the Black Consciousness Movement of Azania (BCMA). In 1983, he moved his operational base to Zimbabwe, where he resided until he returned to South Africa in July 1994. On his return from exile in 1994, he was elected President of AZAPO at the merger Congress of the BCMA and AZAPO.

He was elected a Member of Parliament in April 1999, and appointed the Deputy Minister of Education in January 2001.

He became a Fellow of the Stellenbosch Institute for Advanced Studies on 1st March 2013.

Mosibudi was born on 7 August 1947 in Tzaneen, in the now Limpopo Province. He is married to Thabile and they have two children.