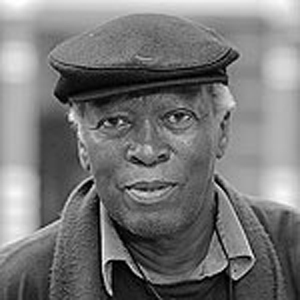 Lewis Nkosi was born in Chesterville, Durban, Kwa-Zulu Natal and was educated at local schools before enrolling at M. L. Sultan Technical College in Durban.

Nkosi began his writing career at the publication Ilanga lase Natal in Durban. In 1956, he joined other African writers on the staff of Drum Magazine, founded in 1951.

In his book Home and Exile and Other Selections (1965), Nkosi describes the Drum staff as “the new African[s] cut adrift from the tribal reserve – urbanised, eager, fast-talking and brash.”

In 1960, Nkosi accepted a fellowship to study at Harvard University, and left South Africa on an exit permit.

Nkosi worked with well known African authors such as Chinua Achebe and Wole Soyinka. He shared the writing credits with Lionel Rogosin and William “Bloke” Modisane for the film Come Back, Africa in 1960.

Nkosi lived in various countries, including Switzerland and England, where he taught and wrote articles on African literature. In recognition of his contribution to South African literature, Nkosi was awarded the Presidential Order of Ikhamanga on 28 October 2008.

Lewis Nkosi died on 5 September 2010 in Johannesburg, after a long illness, at the age of 74.